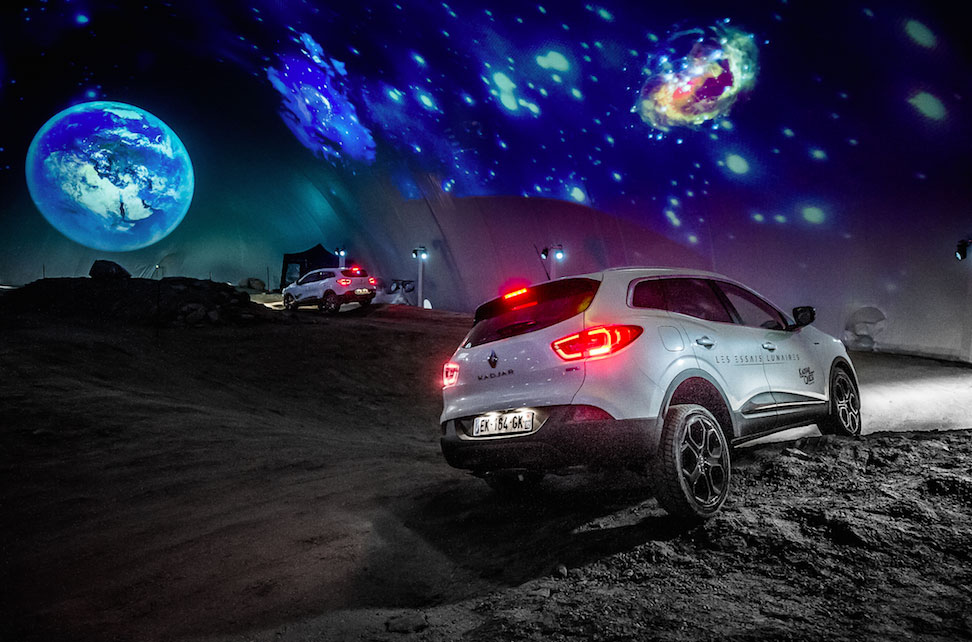 Jean-Christophe, Managing Director of Cameleon Alpes, tells us about his success story with Renault and the Publicis group.

What was the client’s primary goal when they contacted Cameleon Alpes?

Renault’s goal was to carry out the second “edition” of the Kadjar launch in Tignes.

Renault’s goal was to carry out the second “edition” of the Kadjar launch in Tignes.
That is to say, to organize tests in connection with their TV spot, “Le passage sur la lune” and the goal was actually to concretize the digital communication.

How did the event go?

“I’m going to tell you about the client’s journey as I believe it’s more accurate to describe this event!

All the upstream communication was carried out by the hotels to customers who were due to arrive in the resort.

Tourists were aware of the presence of Renault.

Of course, meanwhile, the event became the talk of Tignes.

It was on the whole range of communication media, like banners, flyers and so on.

When the clients were physically at their hotel, they had necessarily noticed the presence of Renault and had to know about this event.

In terms of practical organization, when a client was interested in the event and in testing the Kadjar car, he came to see us in the headquarters, based at the bottom of the ski lift of Tignes le Lac, situated close by hotels.

In this HQ, there was an exhibition model of the Kadjar car, with activities related to the theme of space, information about tests, etc.

Everything was planned to plunge the customer from the start into space, and send them to the moon!

Then, a few meters away, Kadjar vehicles and their instructors were waiting for customers. They were led to the gigantic dome of 2700m², specially designed for this promotional campaign.

All the vehicles arrived at the same time, so the customers simultaneously discovered the first airlock of the dome. They entered in the dark, with smoke and lighting designed for the occasion. As if we were in an airlock before take-off to leave for the moon!

And when the second airlock opened, customers discovered 5 other Kadjar vehicles with their instructors, who led them on a circuit, made of a succession of bumps and banked turns, all with a mapping projection of the solar system on the walls of the dome.

The dome was completely dark: we were really in space!” 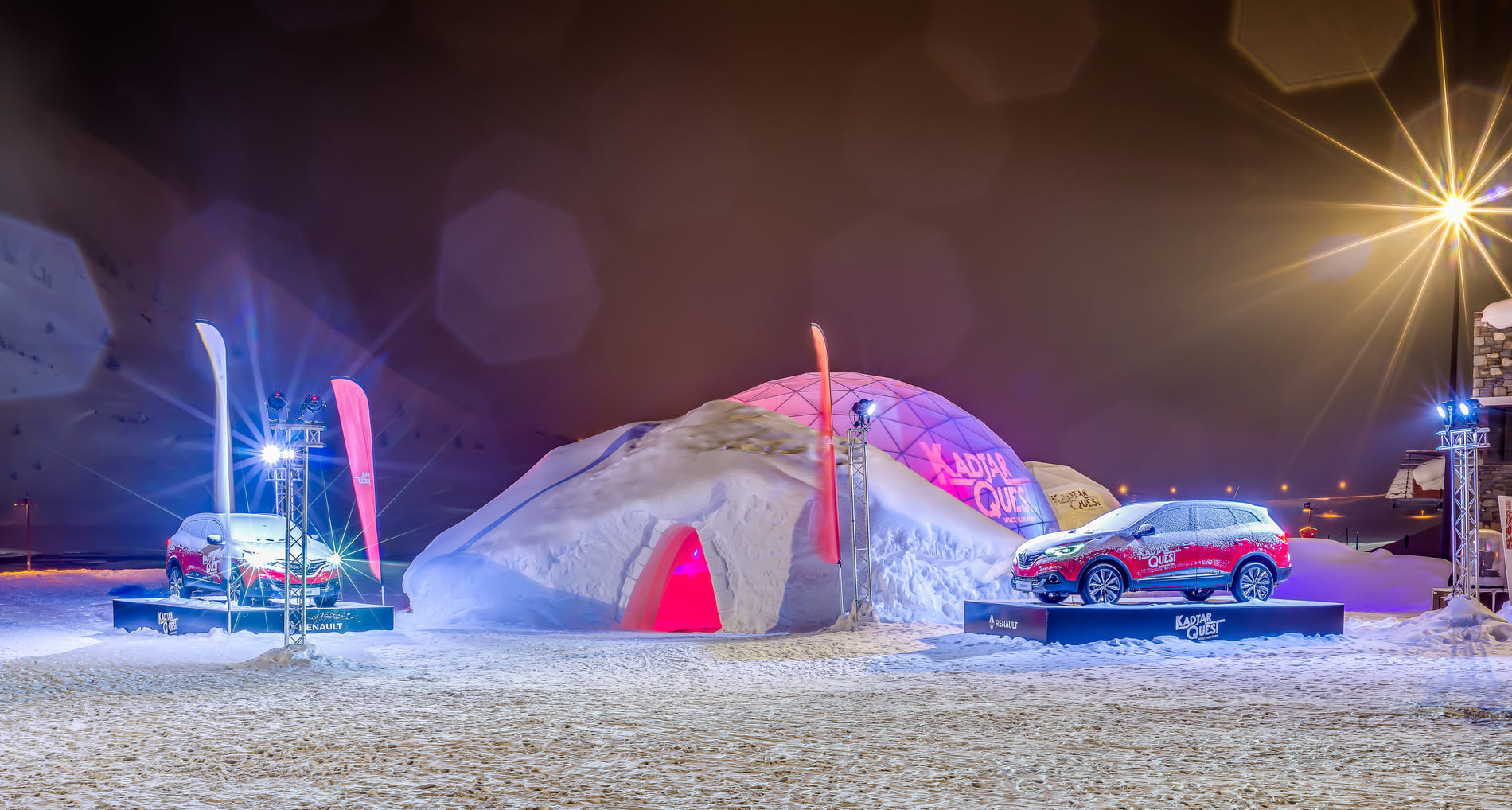 What support did you give to the client? In other words, what was your role?

“Renault divided the roles between two agencies. Publicis managed the creative part, while Cameleon Alpes was responsible for all the organizational, commercial and customer-relation aspects and had to validate the feasibility of each aspect.

We were trusted with this, thanks to our expertise, our experience as logisticians and our control of the territory and local partners (town hall, prefecture, etc.).

Cameleon worked on all event trades related to our territory. We worked on the purely logistical, technical and security aspect of mounting the reception dome, the communication with hotels in Tignes, the information and the reception of customers, the organization of the tests etc.

We had a real role of consulting in terms of feasibility.

We were in a way, the fuel of the project! “ 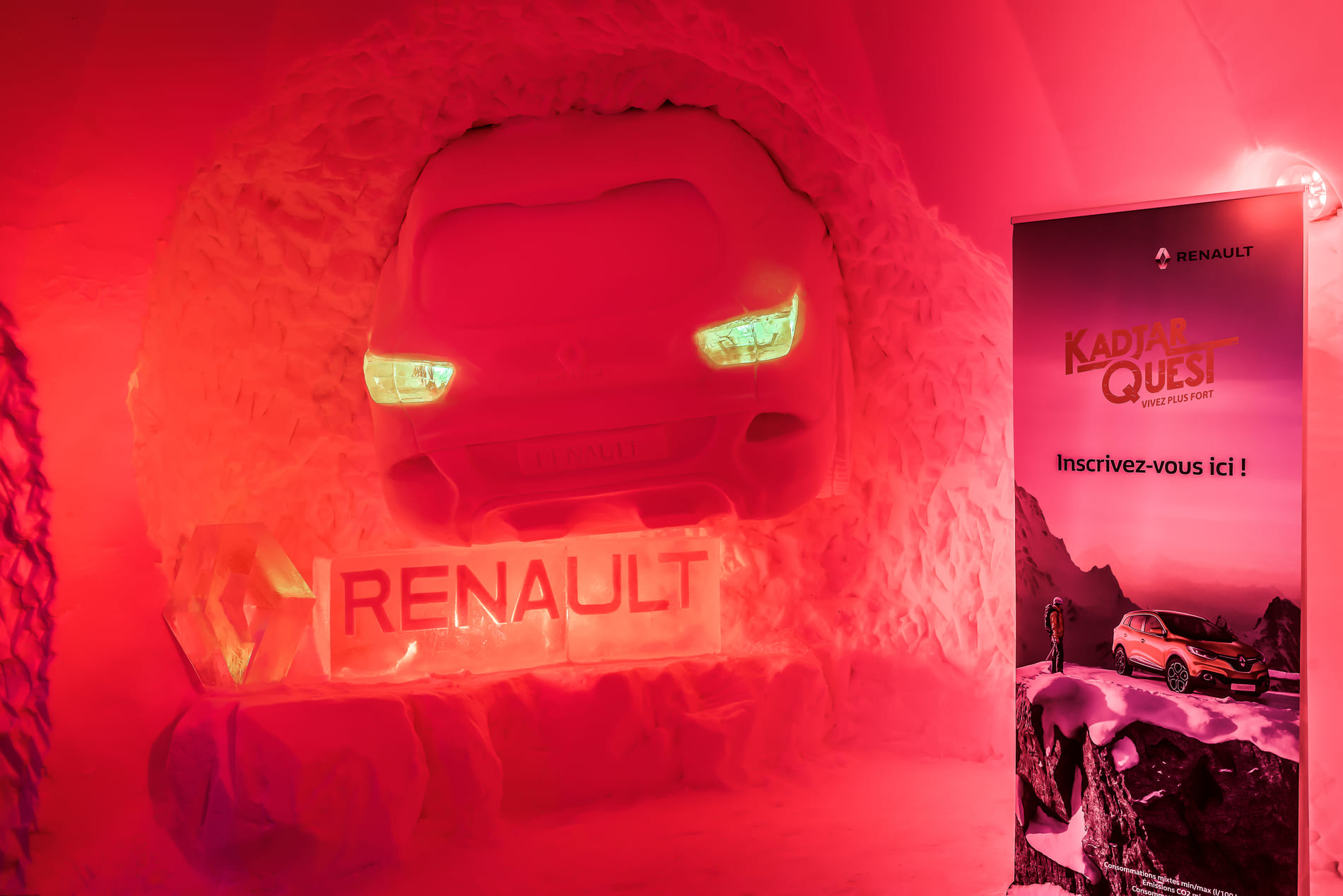 What, in your opinion, was the highlight of this event from an "experiential" point of view for the customer?

“There were really a lot of highlights and several effects of surprise throughout the event.
We immediately sent the client into space with all the decoration with the floor-to-ceiling theme!
Then, the situation with the gigantic dome was an impressive experience. This entry into the dome, followed by the test of the vehicle on this course specially designed and created for the occasion!

There was also the aspect of communicating the tests to the public, which was relayed on social networks in a hallucinating way!
I think that the impact on social networks was even stronger in terms of likes, compared to the project we set up, compared to the number of physical tests, around 600 in total.
So ultimately, all the communication organized around the event on the social networks had great benefits.
As proof, the impact was so strong that, one month later, Renault wanted to reuse the dome in Paris and extend it for two month

Can you tell us a little bit about behind the scenes and anecdotes of the event?

“I think we can talk about all the upstream preparation.
The project was validated at the end of the year by Renault and the work began one month before the event, which lasted 15 days.

It was a pharaonic project!

And we had to build everything without electricity, with a generator and a blower that were on 24/7 for the dome.

It was a great technical feat, especially at 1800 metres of altitude!

Audacity and will were the watchwords of this event, with a good dose of determination and obstinacy to implement the project! “ 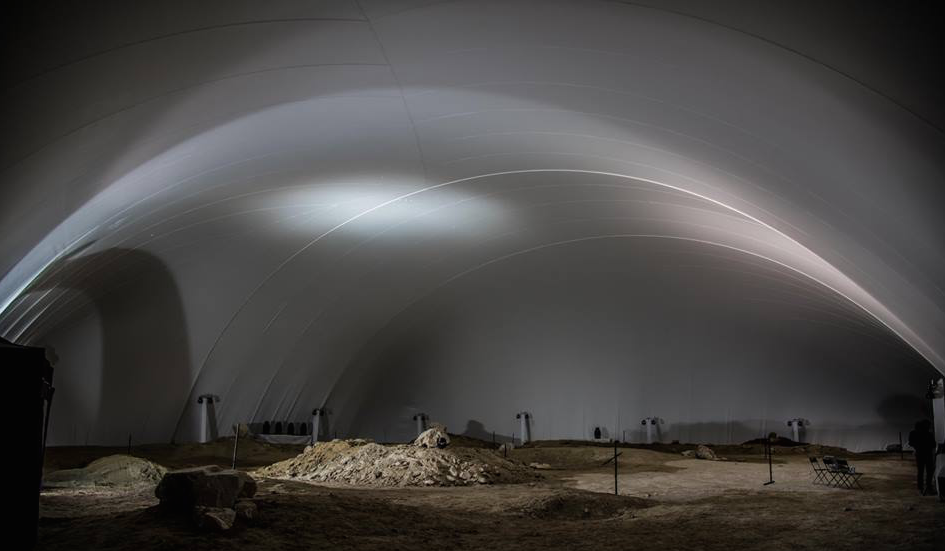 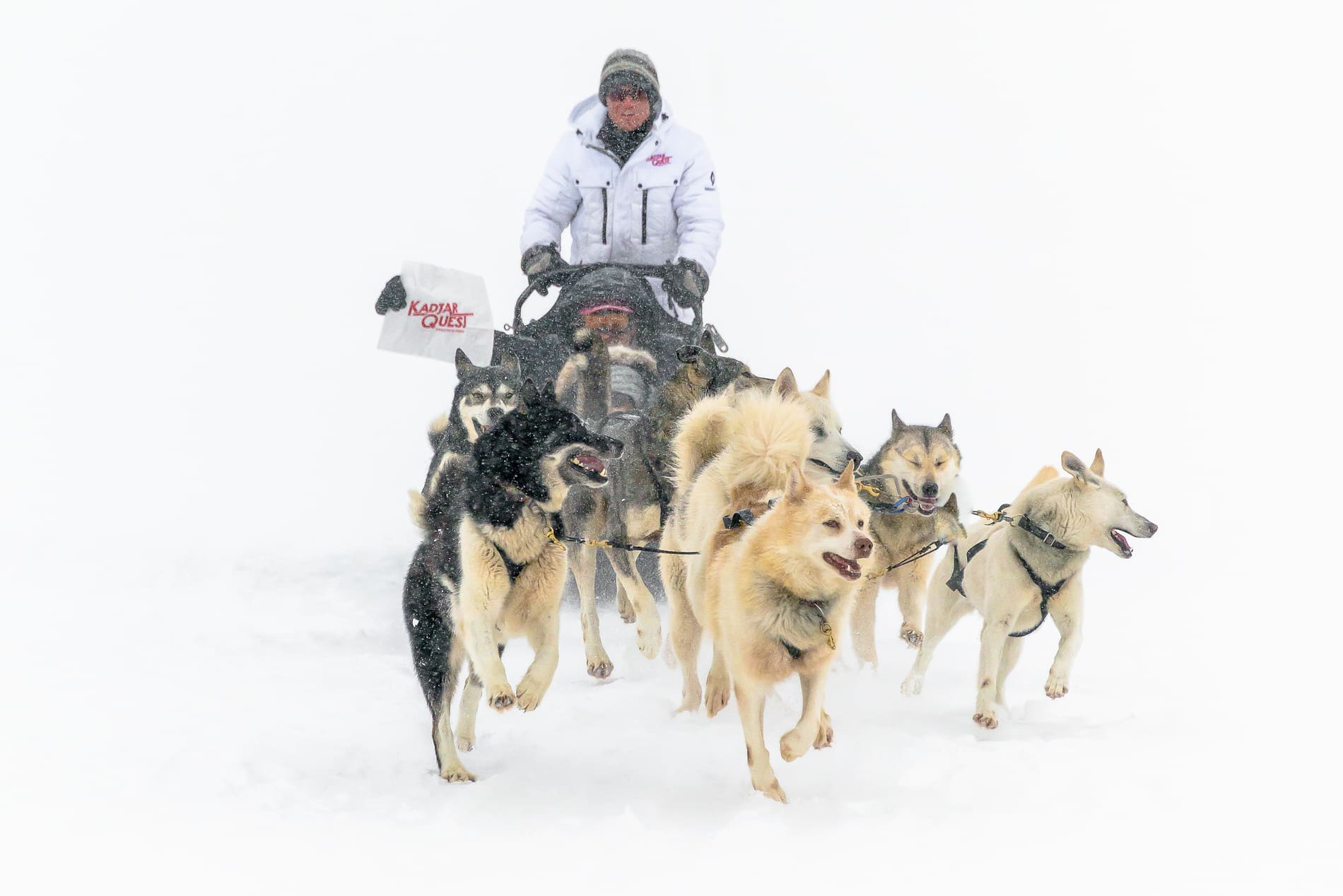 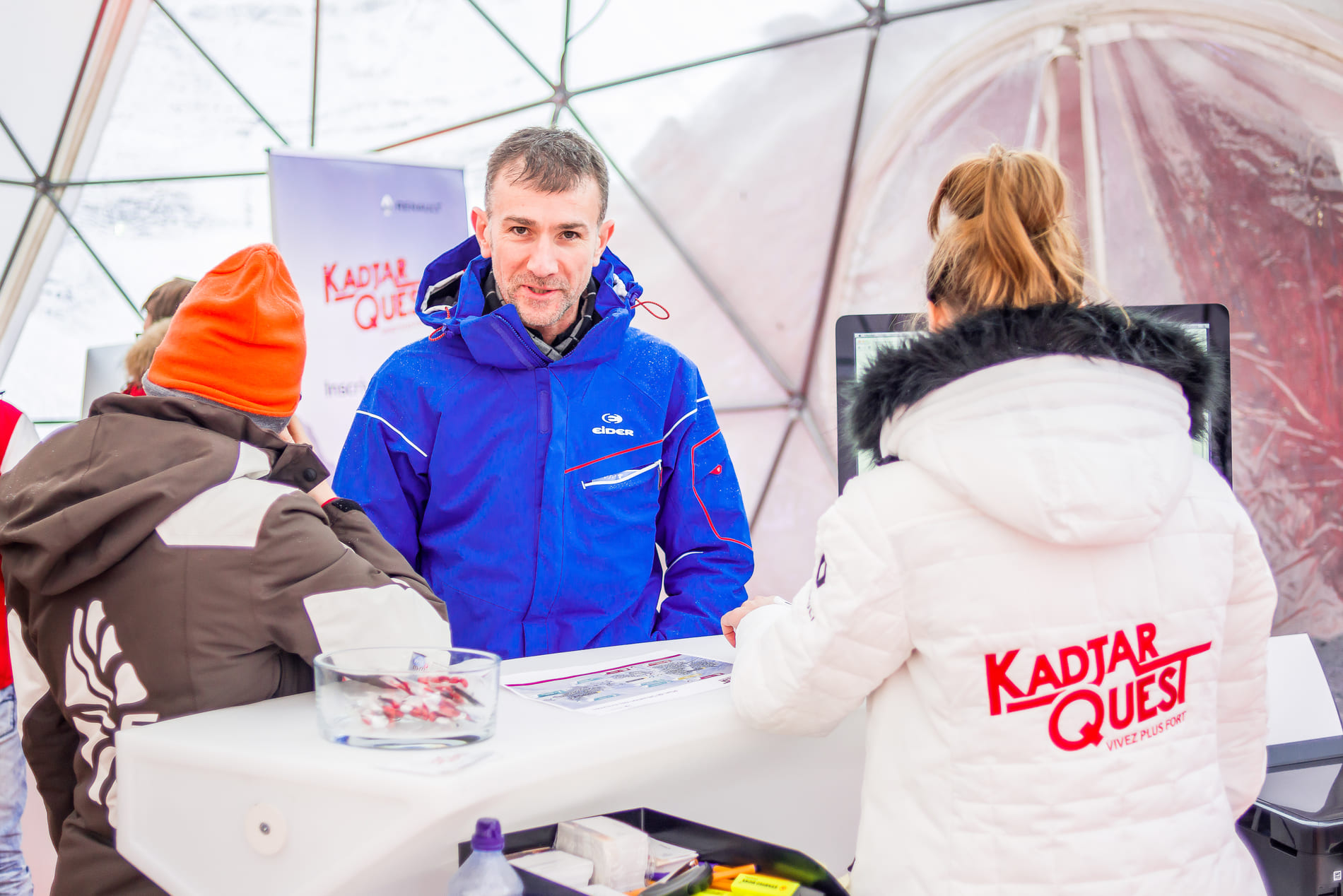 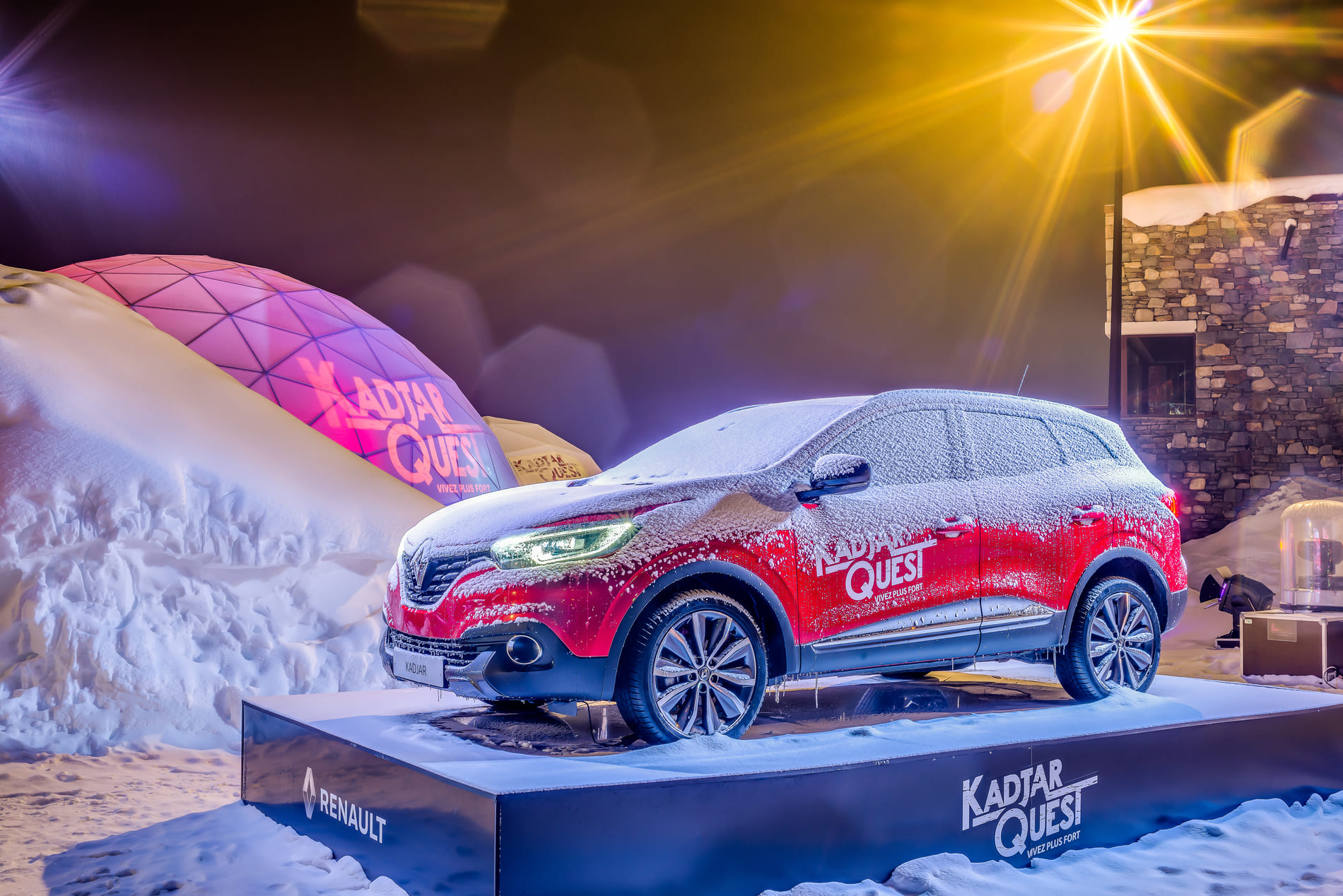 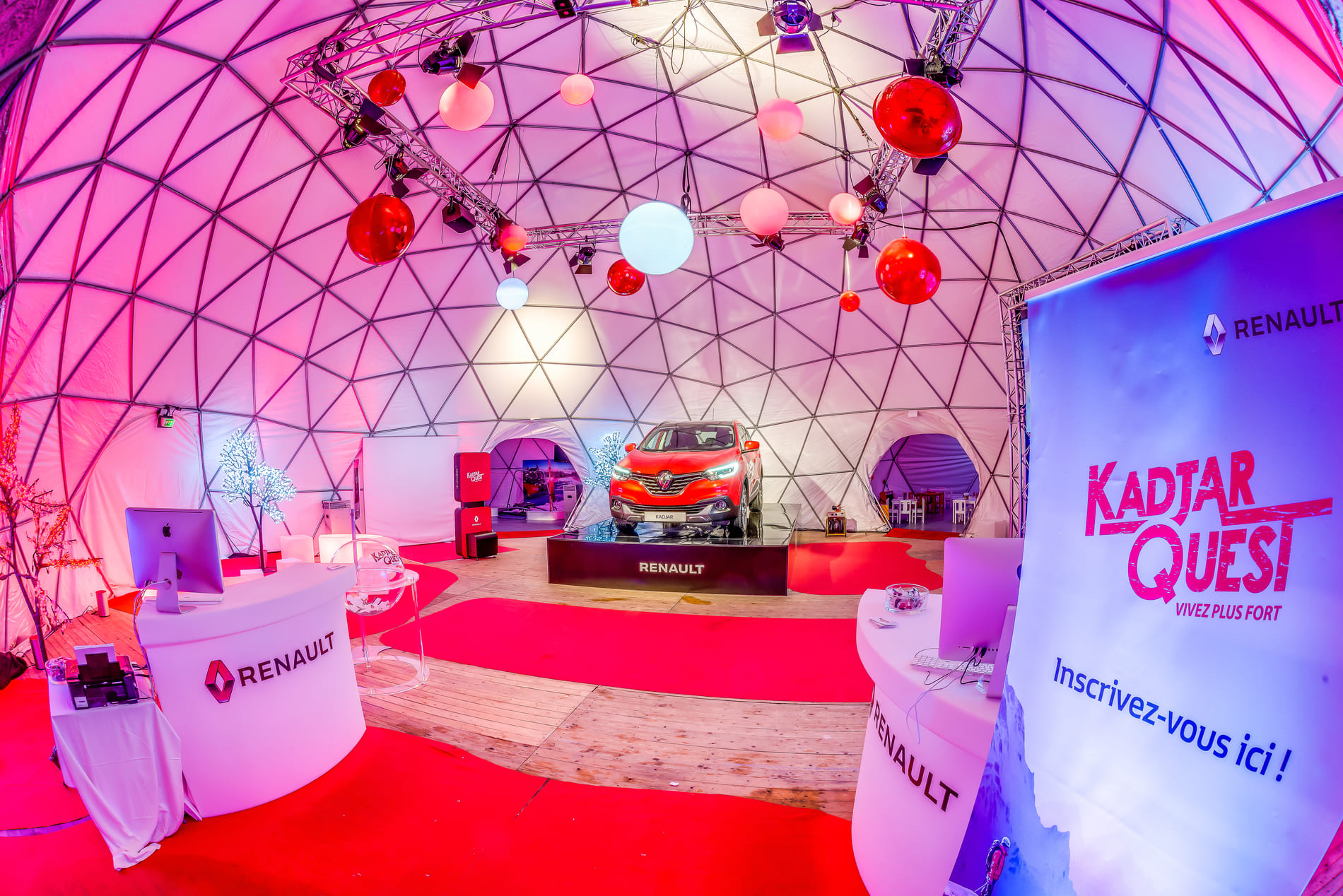 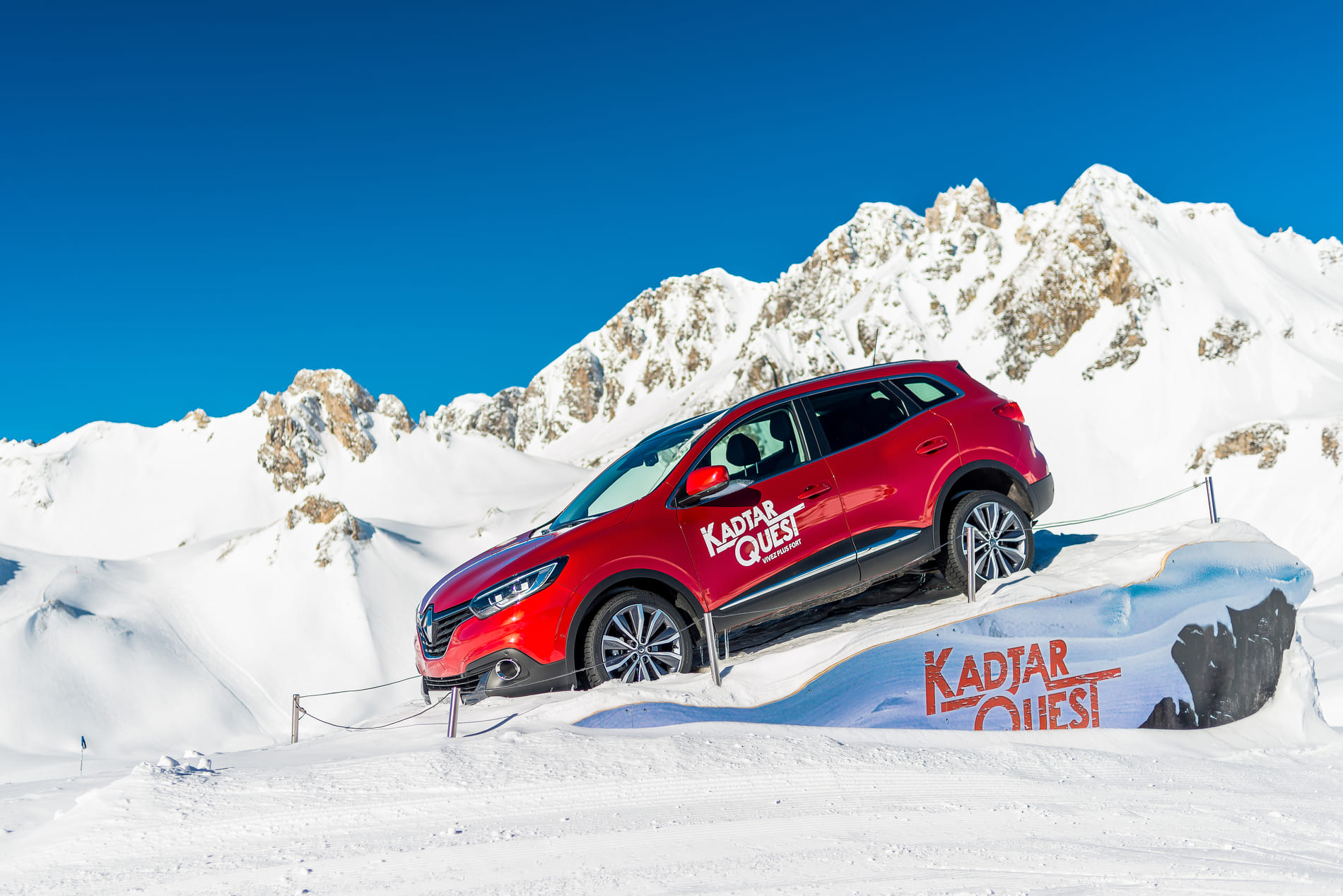 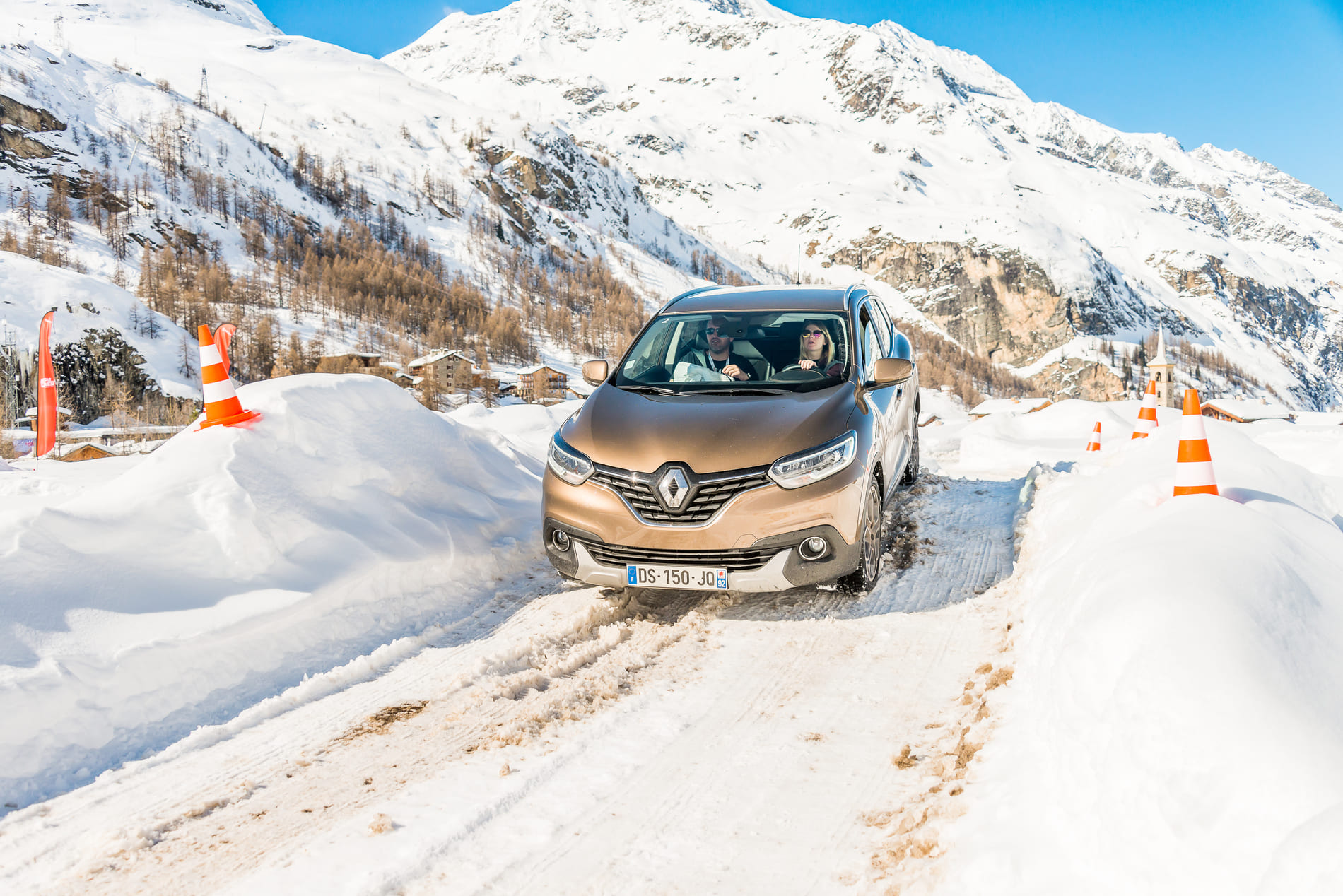 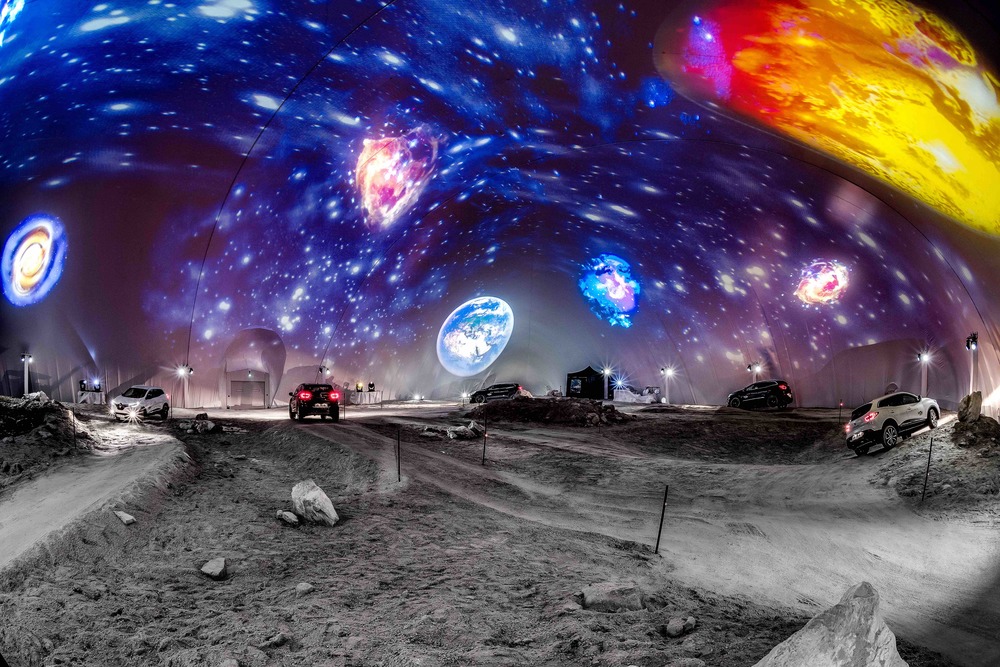 Do you want to organize

This website uses cookies to improve your experience while you navigate through the website. Out of these cookies, the cookies that are categorized as necessary are stored on your browser as they are essential for the working of basic functionalities of the website. We also use third-party cookies that help us analyze and understand how you use this website. These cookies will be stored in your browser only with your consent. You also have the option to opt-out of these cookies. But opting out of some of these cookies may have an effect on your browsing experience.
Necessary Always Enabled
Necessary cookies are absolutely essential for the website to function properly. This category only includes cookies that ensures basic functionalities and security features of the website. These cookies do not store any personal information.
Non-necessary
Any cookies that may not be particularly necessary for the website to function and is used specifically to collect user personal data via analytics, ads, other embedded contents are termed as non-necessary cookies. It is mandatory to procure user consent prior to running these cookies on your website.
SAVE & ACCEPT